Training Day 3: In Which Melon Learns a Lesson and Makes A Discovery

Training Day 3 involved one lesson and one discovery.


K wanted to practice the back and forth recalls outdoors, and I wholeheartedly agreed because somehow, I had a suspicion that last time Gatsby was more bored out behind her house than anything else. I guess usually that doesn't mean introduce more distractions but try more interesting training games, but it's hard to teach more advanced things when the dog doesn't know the basics, y'know?

Anyway, that's my long-winded way of saying we went for a walk in the nearby park... 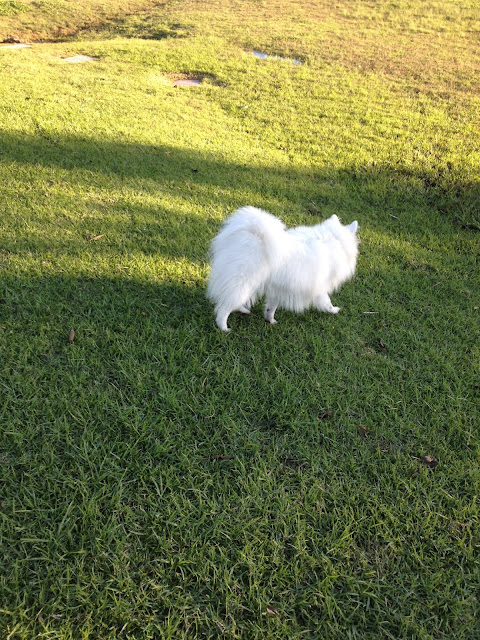 ... which is where I learnt my lesson of the day: the value of life rewards. To get to the off-leash area, we walked through another grassy section. Gatsby knows the park and when we reached the gate to the other area, Gatsby was rearing to go in.

I held onto her leash and told her to sit. She wouldn't, too excited to go in. I waited and asked her a couple more times, and she sat. This is where I messed up - I clicked and rewarded her with a treat. I can't remember if she took it or not - maybe not - but she jumped right back up and I let her go in.

I realised almost straight away what had happened: she had no interest in what I was asking her because she couldn't understand why the human would want to do that weird sit-treat exercise at such a time when there were better things to do! Asking her to sit before going through the gate was right, but the reward for sitting and waiting should have been to go through the gate to playtimes and freedom.

I'd read about life rewards but never really understood how the dog would make the connection between their good behaviour and 'being allowed to' do something, since we can't explain it to them in words (unlike 'you do the dishes, young man, and then you can play on the Playstation'). I thought a treat was a more instantaneous reward. But this was an example where it makes sense to me, so now I'll pay more attention to when I can use life rewards more - particularly because Gatsby isn't particularly food-motivated. 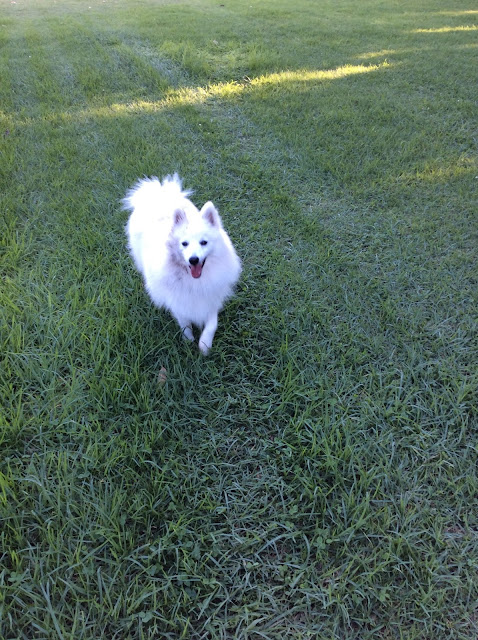 We practised recalls on an empty sports oval, which went pretty well. We let her muck around and play and once in a while one of us would call her to us. This seemed to get around her idea of 'that game where I run back and forth from K to Melon and they alternately give me treats'. Gosh, it takes so much thinking to outsmart a dog, doesn't it?

By the time the second or third group of folks and their dogs had passed us, K and I started to wonder where they were going. We decided to head in that direction... 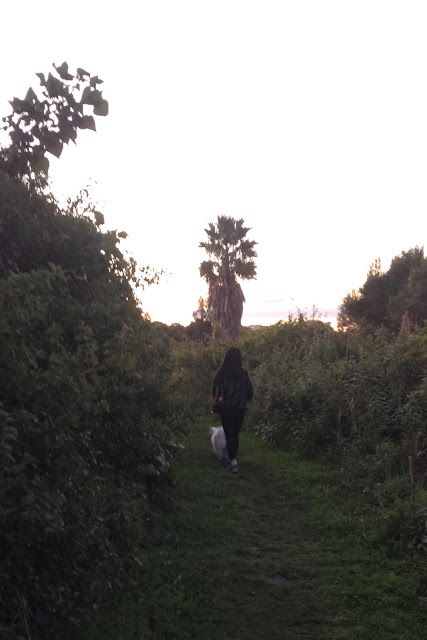 ... and discovered - a fenced dog park! Yayy! It's fairly new so possibly not many people visit it, so in all this time, K hadn't known it was there. Now you know where we'll explore next!
Posted by Melon at 13:34