A Wonderful Day, Part I: In Which Ava Meets Penne

As you know, Ava’s development and training are going well. The other day her owner expressed concern about Ava’s socialisation to dogs as the only dogs she’d met were the ones who bowl her over at puppy school. So I set up a playdate with Miss Penne.


The morning did NOT get off to a good start as Ava, normally very calm in the car, kicked up a fuss which would make any sugared-up toddler proud. Thinking it was the “unmistakable” ‘I need to go’ signal her people had told me of, I decided to let her out when I stopped at my friend’s house. Of course at that moment my friend called to cancel her assistance with dog introductions, but luckily we were still welcome to use her yard as a potty. Ava, however, was only interested in jumping and following scents, so back in the car we went.

Ava was, thankfully, quiet and well-behaved for the rest of the morning (including the remaining car trip, naturally!), so I plucked up my courage to fetch Penne from the neighbours'. Penne’s people had driven off with her leash, so I carried her back to my house in my arms. (Had she gotten bigger?) Dad once again rigged up a makeshift leash with cord and carabiner, and we were good to go.

Everything went picture perfect from there. 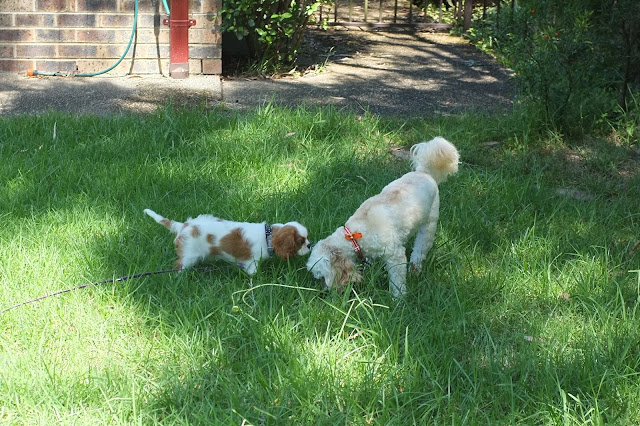 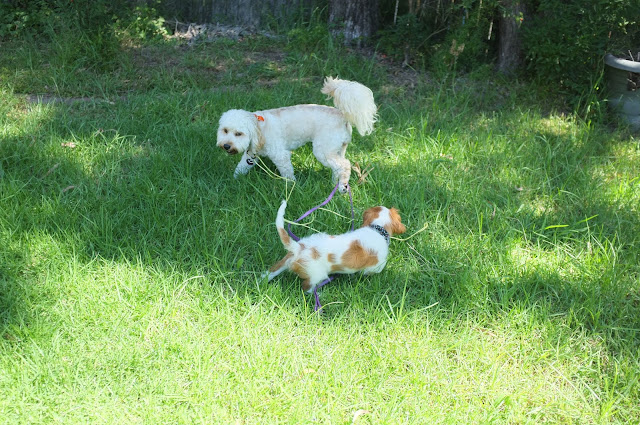 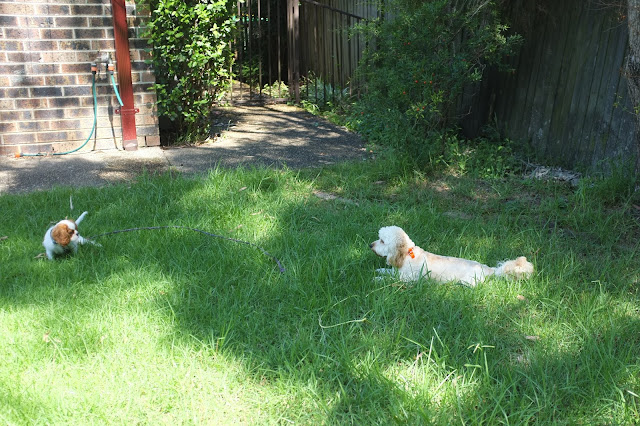 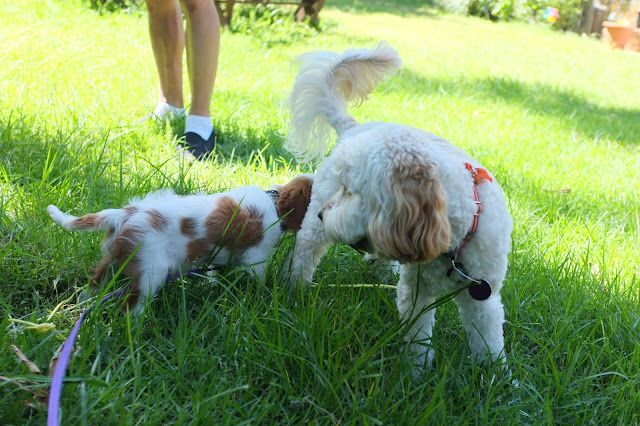 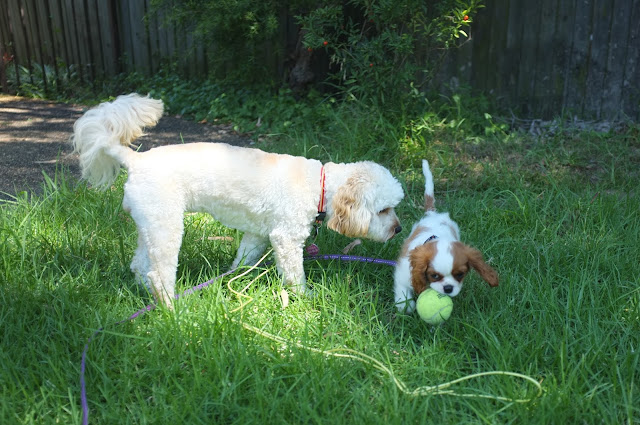 I expect most of you can see that this is a very polite, well-mannered introduction between dogs: circling, reciprocal butt-sniffing, no hesitancy to lie down. What the photos don't show is a confirmation of what I'd read just the other day in a book called Dog Speak by Christiane Blenski: dog introductions are completely silent. These two had absolutely no problem with each other so they did the ritual canine meet and greet in complete silence. Preparing myself for any possible issues or altercations, I hadn't expected the meeting and establishment of peace to strike me as so beautiful -- I think because it all happened in complete silence.

Stay tuned for Part 2: where I have video which reveals the rather interesting dynamic between Ava and Penne!
Posted by Melon at 07:00